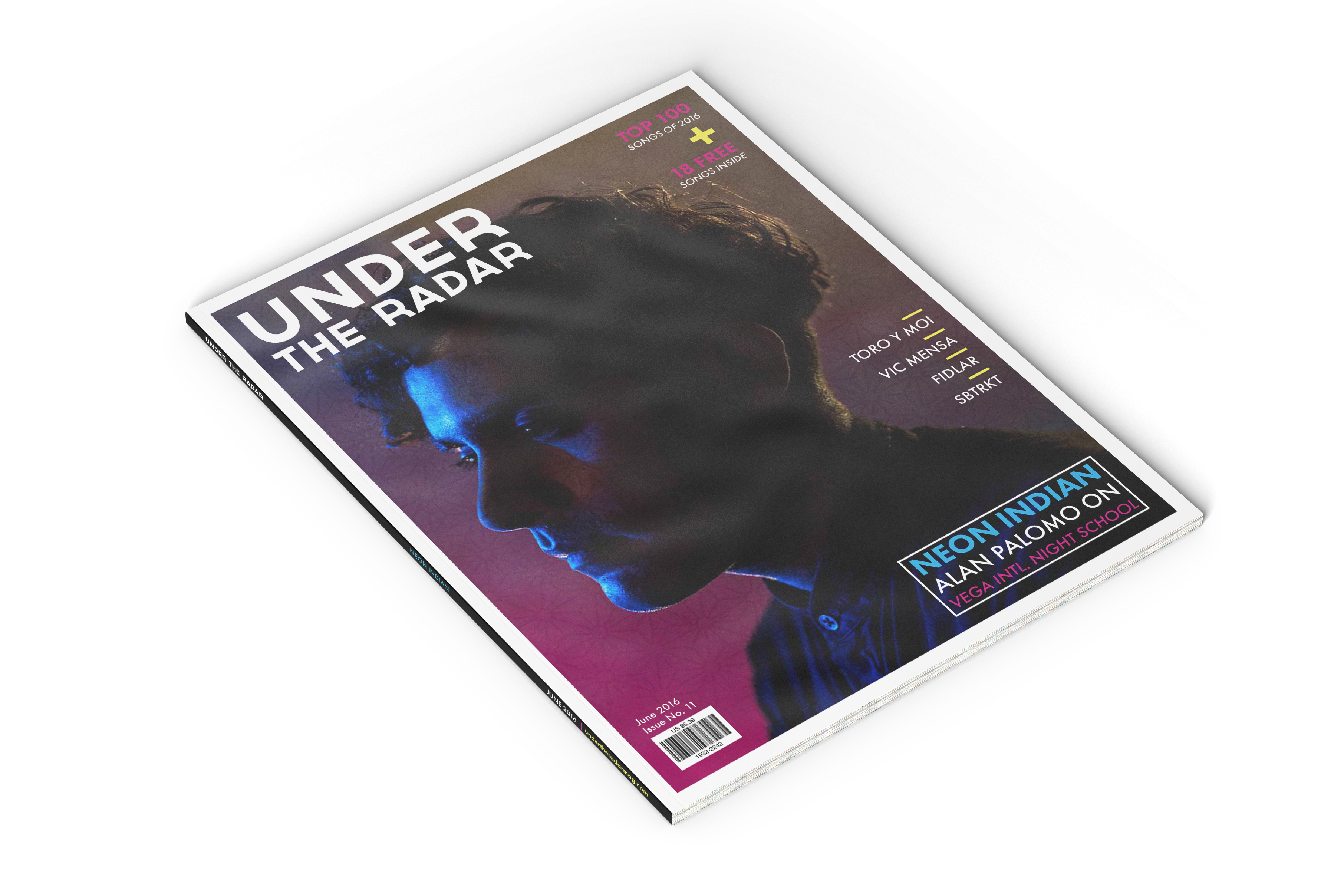 Under the Radar Magazine is a music magazine that covers various indie, alternative and electronic artists.  It features in depth interviews from various artists as well as new music from established and up and coming artist. This issue features a redesign of the logo, cover and main article spreads about chillwave artist Neon Indian.  It features an article on Neon Indian and draws its influence from his music,  album artwork and concert visuals.

The magazine draws inspiration from other music and alternative magazines as well as Neon Indian’s style of music, album artwork and concert visuals.  In the article Neon Indian talks about how he was influenced by 80s retro films and disco and funk music from New York around the same time period and this same nostalgic feeling is conveyed through the spreads. 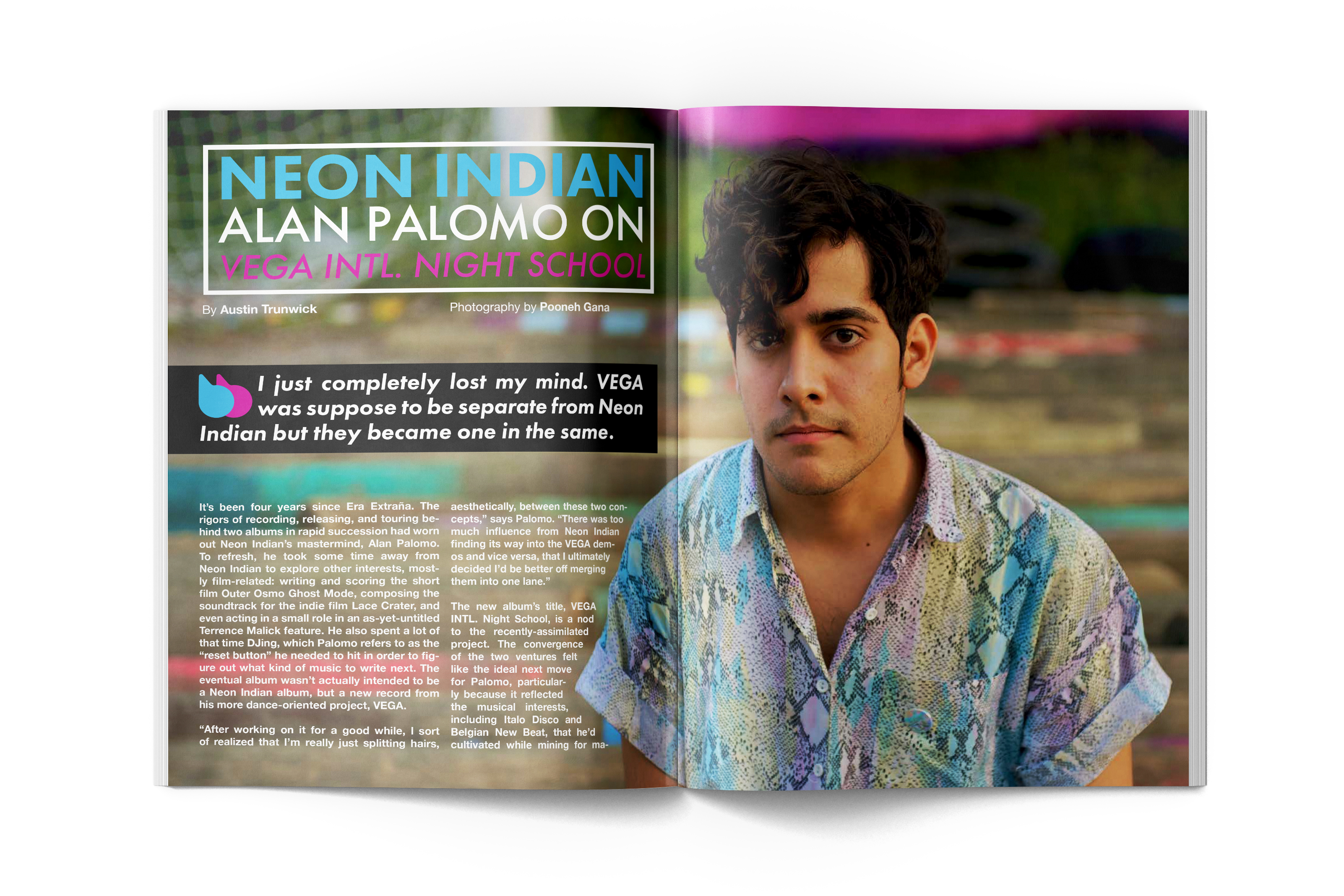 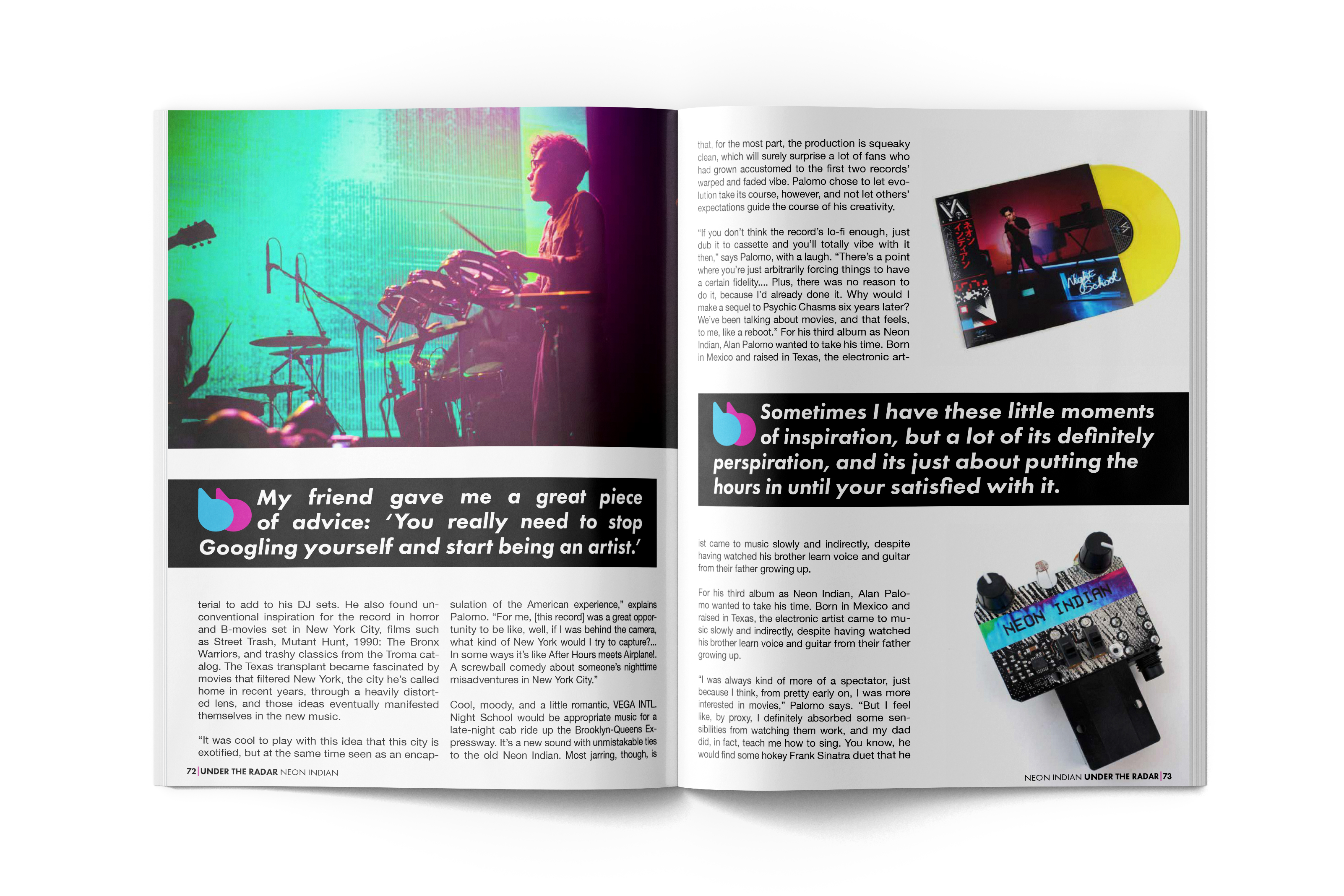 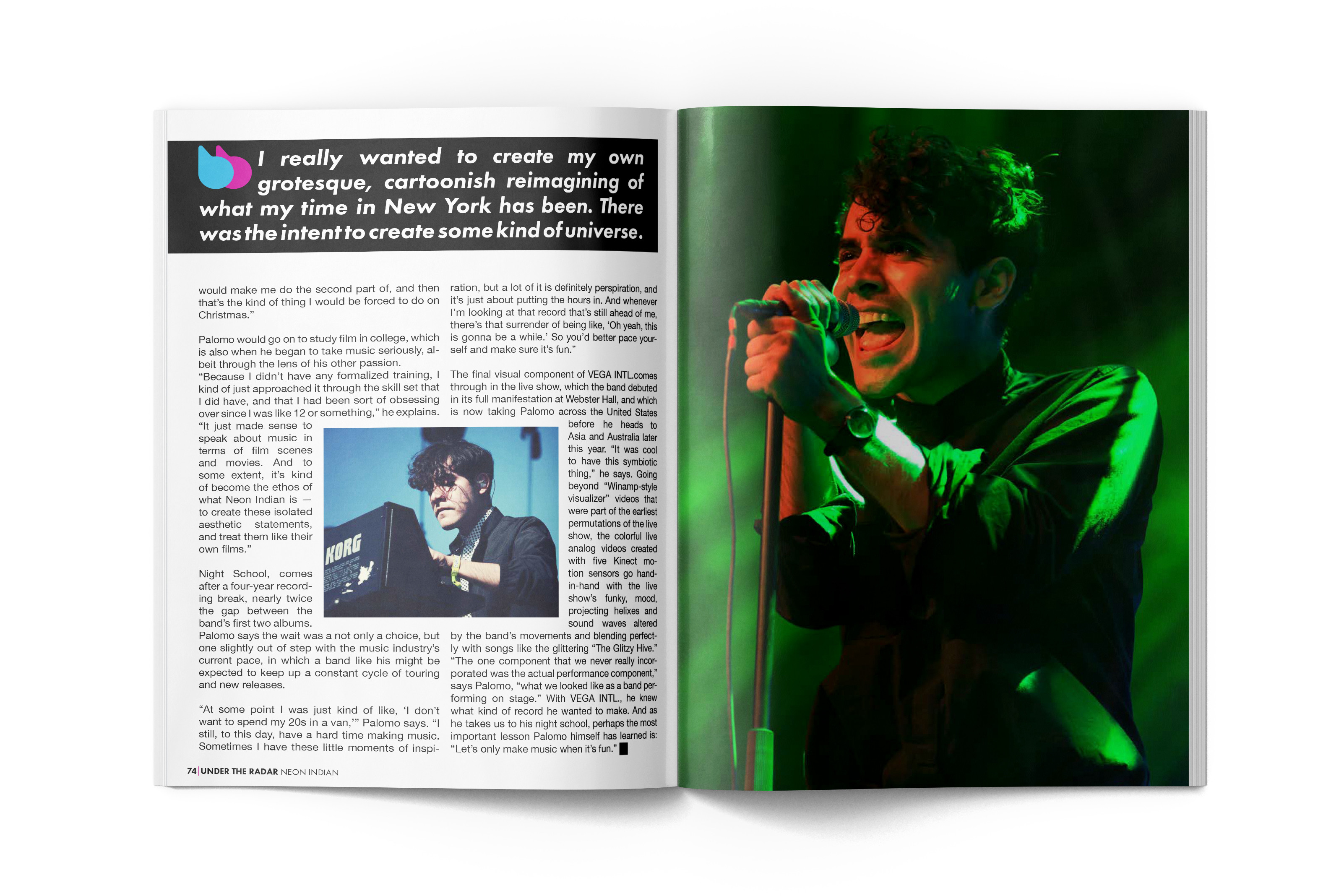